Working for a Difficult Boss

Bob Dylan’s 1979 song “Gotta Serve Somebody” was on target, whether we are in the military or in civilian life. We all have to serve or work for someone at some time in our lives. What if we are serving and working for a poor leader or a difficult boss?

What is our attitude? How do we behave and function? Are there scriptural examples and principles we can learn and apply? One of the most unique and tense leader-follower relationships in the Bible is the one between Saul and David. Their rocky relationship was like that of a commanding officer (or any organizational leader) and the prospective commanding officer (the incoming future leader). They were together for many months and even years—and did not get along well at all.

Read about their relationship in 1 Samuel 8:1 through 2 Samuel 2:7. Understanding the numerous patterns and principles in this complex leader-follower interaction that will enable us to better serve and support our leader or supervisor–especially when our boss is difficult.

The David-Saul interaction reveals at least five stages of most of these kinds of relationships. The biblical record of their relationship suggests some questions and challenges for us. 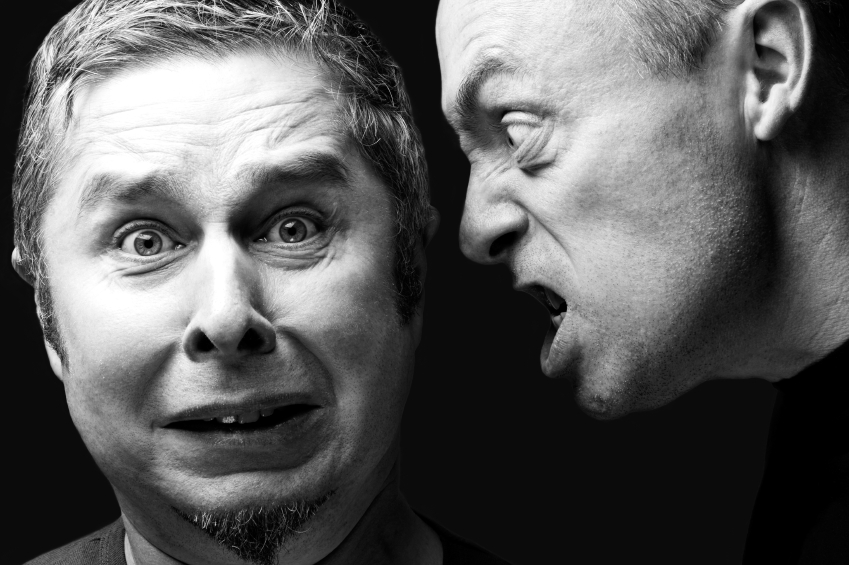 The Israelites had a king. The Lord God, Yahweh, was their sovereign, protector, and defender. He was the one who freed them from slavery and formed them as a people for Himself. But when their human leader, the prophet Samuel, grew old and his sons were not good prospective leaders for the people, Israelite elders said, “Appoint a king to lead [judge] us, so we can be like other nations” (1 Sam. 8:5).

Understanding this background and how Saul acquired and behaved in his leadership position would be very important for the young leader, David, whom God would choose to become Saul’s successor. It is also important for us. Here are some questions for you to consider:

David had skills that could complement and meet Saul’s needs: “Saul liked him very much…[was] pleased with him…David would take his harp and play. Then relief would come to Saul…” (1 Sam. 16:14-23).

But after David had the great victory over Goliath (1 Sam. 17) and was performing his job so successfully (1 Sam. 18:5), his fame among people grew larger than Saul’s.

In 1 Samuel 18 we see that Saul “was very angry,” “kept a jealous eye on” and became “afraid of David.” Even David’s growing relationship with Saul’s son, Jonathan, upset the king.

Though he promised not to kill David (1 Sam. 19:1-6), his attitude and behavior would sometimes reveal open animosity toward David (1 Sam. 19:8-10). Here are some questions relating to stress for you to reflect upon:

If your supervisor engages in inconsistent behavior or interactions with you, or if you seem unable to satisfy him or her with your work, do you have a Christian friend or colleague within the organization with whom it would be appropriate for you to discuss this honestly and confidently?

David developed a wonderful relationship with Jonathan (1 Sam. 18:1-4), Saul’s son. Even though this relationship may have upset Saul, Jonathan still was an advocate for David–trying to help the king understand and trust this new young leader (1 Sam. 19:4-6).

Here are two questions related to those who can give you godly support and advice about your professional relationships:

During his tense relationship with Saul, David also became upset and wanted revenge–against the selfish Nabal (1 Sam. 25:1-13). But the Lord used Abigail to confront and calm David, saying, “…because you fight the Lord’s battles, let no wrongdoing be found in you.

Although someone is pursuing you, your life will be bound securely by the Lord and He will hurl away your enemies as a stone from a sling” (1 Sam. 25:28-29). So David understood that God would avenge wrongs against his servant. Later, David has another chance to harm his leader, but again he does not–much to the surprise of Saul (1 Sam. 26:5-25).

While David kept his distance (1 Sam. 27), Saul struggled as a leader and does bizarre things (1 Sam. 28). Yet David tried to remain faithful to Israel and also to Saul. Even as he operated among those who opposed the king (1 Sam. 29), he continued to show good leadership of his followers (1 Sam. 30).

The adversaries against Israel and Saul gained strength, defeating Saul’s men and causing the death of the king (1 Sam. 31:1-6). One survivor of this defeat came to David, saying he had killed Saul and expecting to be rewarded by David (2 Sam. 1:1-10).

But David did not rejoice or gloat, nor reward this opportunistic liar. On the contrary, David, who would now become the leader-king, “…mourned, wept and fasted…” over the fall of Saul (2 Sam. 1:12) and even takes up a lament song for Saul in death (2 Sam. 1:17-27).

Now the young boy who played the harp to help the king, the young man who successfully served the king successfully, and the new leader who had been inconsistently treated by the king… this David now became a leader-king who sought to unite in “…kindness, faithfulness, and favor…” all the people—especially those who followed Saul loyally (2 Sam. 2:1-7).

Here are some final questions:

Like David, we also must honor, “the Lord’s anointed” as Christ’s followers. We are to respect the person and certainly the position under whom and for whom we work (Romans 13:1-6). We must take confidence in the fact that the sovereign Lord God has assigned and placed us there, according to His will and for His work!

In every job and all work relationships—even and especially under poor leaders and difficult supervisors—our attitudes and behaviors must be in accordance with God’s Word, as expressed in Ephesians 6:5-8, “You workers, cooperate with those over you with humility and respect and with the same kind of loyalty you give to Christ—not for praise or promotion, but as Christ’s workers, doing the will of God from the heart and carrying out your work with a good attitude as though the Lord, and not man, were your employer.

Realize that whether you are a worker or an employer, whatever good thing you do will be noticed by the Lord.

“Chaplain Bill” ministered to military members and their families of all branches during his 26-year Navy career. He and his wife, Eathel, were involved in an OCF Bible study in Naples, Italy, when Bill was a Navy line officer. Involved in OCF since then, Bill is the author of OCF’s “How to Support Your Chaplain” booklet and has had several articles appear in COMMAND. A retired pastor, Bill and Eathel now live in Atlantic Beach, Florida.

View all articles by Bill Weimer