With the Love of a Clanging Cymbal 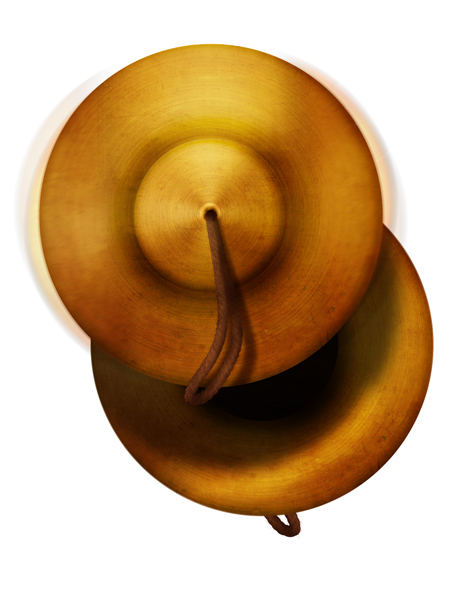 My self-righteousness was coming through loud and clear.

A squadron buddy in the process of getting a divorce had just finished telling me of a weekend with his new girlfriend. Technically, he was still married—the papers weren’t yet signed. Trying to be the “good” Christian, I saw this as my opportunity to point out his transgression. After a brief treatise on fidelity and marriage, I punctuated my comments by calling him, “Mr. Immorality.”  That would make clear the error of his ways and with any luck I would soon be leading him in the sinner’s prayer.

I eased back in my office chair with a sense of pride at my work for the cause of Christ. Looking for additional opportunities to “help,” I asked why he was getting a divorce in the first place. His response included a detailing of his wife’s two one-night-stands, the second one resulting in a pregnancy with baby due any day.

My self-righteousness abated and my soul began to ache at the realization of my sin, completely jumping to conclusions when I didn’t have all the facts.

Mahatma Gandhi, a leader of India who championed nonviolent civil disobedience, is quoted as saying, “I like your Christ; I do not like your Christians.” His problem with the Christian faith isn’t Jesus Christ—it is us. I proved Gandhi right that afternoon with my troubled friend.

My friend described his attempts to save the marriage by going to counseling after the affairs. But his wife had no interest in working on their marriage. Her adultery took them to the doorstep of divorce, and she was ready to take the next step.

As he finished the story, I commented that he was handling the whole ordeal amazingly well. No one would have known the upheaval that was going on below the surface of his life. I was actually very impressed with his conduct, all things considered, and wondered if I would have handled the situation any differently. My self-righteousness was now completely replaced with sorrow, for him and for my response to him.

In his first letter to the church at Corinth, Paul pens arguably the most eloquent passage on love anywhere in the Bible. It’s almost impossible to go to a wedding and not hear the thirteenth chapter read as part of the ceremony. If, as the passage states, love is patient and kind, bears all and believes all, where was this type of love in my exchange with my friend?

My conscience, no doubt under the guidance of the Holy Spirit, drew me to the first verse of that chapter, “If I speak in the tongues of men or of angels, but do not have love, I am only a resounding gong or a clanging cymbal” (1 Corinthians 13:1).

Clanging cymbal—that was a perfect description of my actions as I “clanged” away about a friend’s moral failure without any concern for the how or why. I had no love for him, and it was the one thing that, unfortunately, came through loud and clear. I wanted to show I was morally superior—I knew right from wrong while he didn’t. He was still married and should not be dating.

But I had missed the heart of the issue. What kind of opportunities would I have had to listen or to share Christ with him had I first discovered the betrayal he was facing? In error, I believed that by pointing out his sin he would logically want to repent for it.

Mahatma Gandhi, a leader of India who championed nonviolent civil disobedience, is quoted as saying, “I like your Christ; I do not like your Christians.” His problem with the Christian faith isn’t Jesus Christ—it is us. I proved Gandhi right that afternoon with my troubled friend.

There are times when we need to stand up for the faith and proclaim the message of the Gospel in a clear and direct fashion. But there are also times when we need to sit back and carefully listen to what’s being said before launching into our critique of another’s life. In either case, love for the individual should always be our underlying motivation. When our speech lacks the love of Christ, Scripture clearly declares we are just a noisy gong or a clanging cymbal.

Eric served twelve years on active duty as an F/A-18 Hornet pilot, deploying twice for combat operations. Upon leaving the Marine Corps as a major in 2008, he completed a Master of Theology degree at Dallas Theological Seminary and planted Mission Church where he serves as lead pastor. Eric enjoys speaking to men’s groups across the country to reach them with the Gospel. He and his wife, Heather, have four young children.