One of the greatest challenges Christian military officers continually face is how to integrate biblical truths into their professional lives as leaders. This tremendous stewardship responsibility requires a skillful and courageous leadership style that emboldens and guides others towards accomplishing goals in ways that honor God: transformational leadership.

There is no greater example of a transformational leader than our Lord and Savior, Jesus Christ. During His mission on earth, Jesus provided a powerful model to follow of transformational leadership. His loving obedience to the Father and abundant love for His followers is clear, “the Son of Man came not to be served but to serve, and to give his life as a ransom for many” (Matthew 20:28). When we emulate Jesus’ leadership, we become more like Him. And that’s what our time on earth is all about.

Here are six ways we can follow Jesus’ example and become transformational leaders. 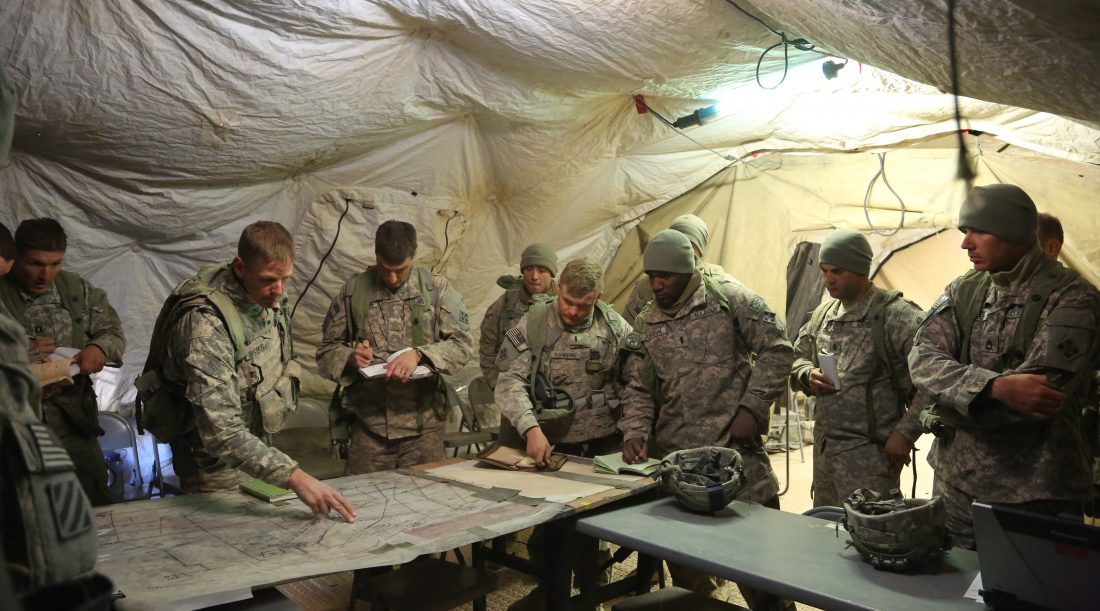 1. Articulate a clear and appealing vision.

Transformational leaders strengthen the existing vision, or build commitment to a new vision of what the organization could accomplish and become. While commanding Alpha Company of the 1st Battalion, 504th Parachute Infantry Regiment, a training mission had us parachuting into Panama and securing a portion of the Panama Canal’s locks. To communicate the mission and vision of our company’s actions, we used a large sand table model of the drop zone and canal locks when giving orders. We successfully accomplished the mission. Meeting with people directly to explain the vision and answer questions is more effective than other forms of communication. Jesus did this by communicating visions of the future directly to His disciples and by interacting with them (Matthew 16:13-28; 20:20-28; 28:18-20; Luke 24:46-49; John 13:1-17).

2. Explain how the vision can be attained.

Leaders must articulate a clear, credible and compelling strategy for attaining the vision, which is most likely to be persuasive when it is unconventional yet straightforward. Jesus explained how the vision toward salvation was going to be attained in Matthew 16:21. When Jesus rose from the dead and visited His disciples after the third day, His followers became convinced that Jesus was the “real deal” and that the vision was attainable.

Those you lead must be confident in their ability to achieve the vision, which you inspire by expressing confidence in them. I noticed how the Ranger instructors always reminded us of Army Rangers’ superb prowess and tactics. Their confidence in us as we mastered the tough training fueled our confidence to become Army Rangers! Expressing confidence in Peter even after he betrayed the Lord, Jesus reinforced His call on Peter’s life and his part in God’s plan of salvation, “Blessed are you, Simon son of Jonah … I tell you that you are Peter, and on this rock I will build my church, and the gates of Hades will not overcome it” (Matthew 16:17-18).

A vision is reinforced by leadership behavior that is consistent with it. Exemplary leaders influence subordinate commitment by setting an example of exemplary behavior in day-to-day interactions—especially in dangerous, unpleasant or controversial situations. While a recon platoon leader, we encountered enemy soldiers in a bunker complex. My main squad leader immediately deployed his squad and then led the assault that caused the enemy to flee their bunkers. His courageous, dramatic actions inspired the rest of the soldiers to join him in the assault. Even unto death, Jesus consistently set the example of obedience to God the Father by demonstrating His loving care for others: healing the sick, feeding the hungry and dying on the cross for them.

6. Empower people to achieve the vision.

Essential to transformational leadership is empowering others to achieve the vision. This means delegating authority for decisions about how the work will be done and providing adequate resources for subordinates to carry out the tasks for which they will be held accountable. Just like in the Airborne, when a leader is assigned as parachute operation jumpmaster, that leader is the commander, with command authority over that airplane’s paratroopers. Jesus also empowered others to achieve the vision, doing so by telling his disciples in Acts 1:8 that when the Holy Spirit came upon them they would become powerful, life-changing witnesses for Him.

Gil, a 1968 USMA graduate, served in Vietnam as a rifle and reconnaissance platoon leader and as a rifle company commander, 4th Infantry Division. He was also an Army Ranger School instructor and later held numerous command and staff positions. After retiring in 1992, Gil was a vice president and controller for a steel construction and related companies, earned an organizational leadership doctorate degree at Regent University, and was an organizational leadership graduate program professor and director at Mercyhurst University until his 2015 retirement.