How ya doing? Do you really care?

Who will you meet today in an unexpected encounter, whether in a combat area, passageway, flight line, or on drills and maneuvers? And what will you say—and hear? In your command, how will you show Christ in your servant leadership?

The U.S. Sixth Fleet commander would periodically visit the ships that became components of his fleet when they entered the Mediterranean. The purpose of his visits was to have private time with each ship’s commanding officer and to interact with the leaders and crew at a Q&A session. He would listen to them, answer their concerns, and gain invaluable insight of command issues and morale.

The admiral often brought the fleet command master chief and me, the fleet chaplain, along with him so we would have similar interactions with ship personnel. During one such ship visit, a young sailor and I were about to pass in a passageway.

“Hi, how ‘ya doing?” I greeted him as we came face-to-face. But as we passed, under his breath he uttered, “Do you really care, sir?”

His remark stopped me in my tracks. I turned back—not to lecture him, but to speak with and learn from him. “Yes, I do care,” I told him. He stopped and began to share some personal concerns and family struggles. Then I prayed with and for him. After giving me permission to pass this up the ship’s chain of command, I sought out his leading chief petty officer to discuss options and solutions available for the sailor. 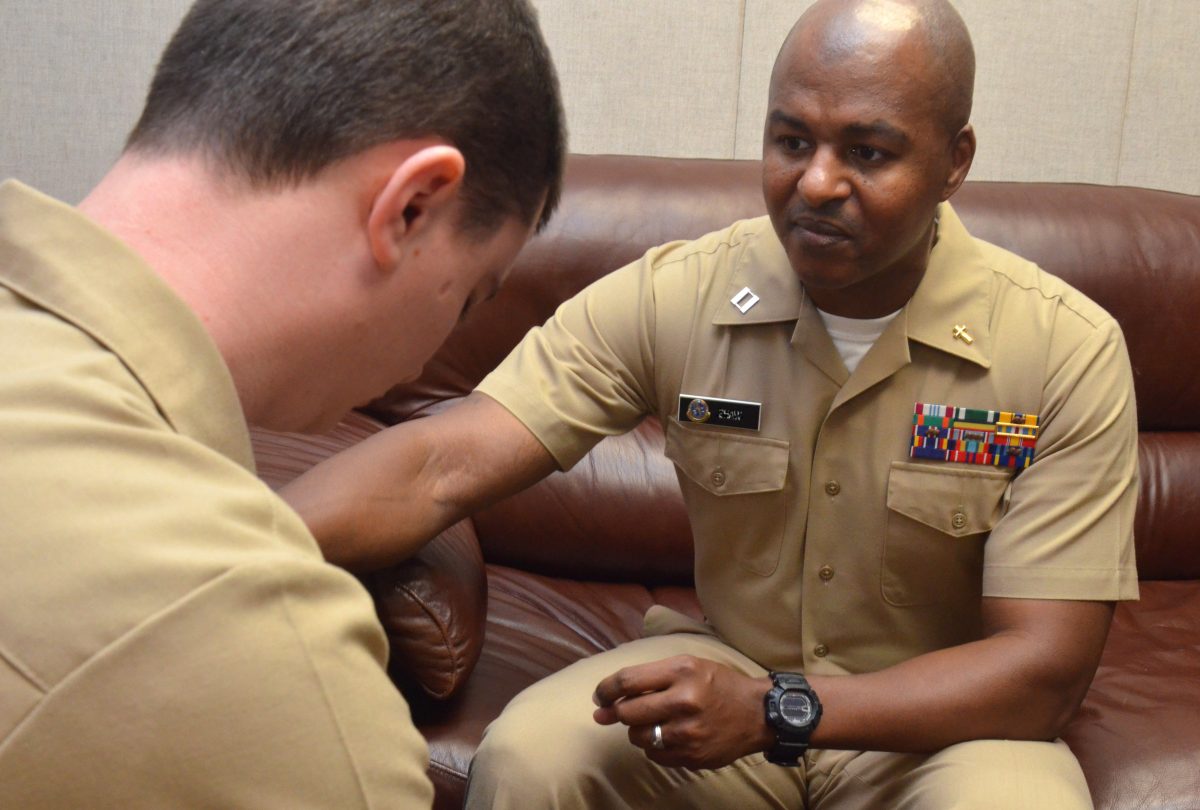 Our leadership style should mirror the kind of engaged, caring, and authentic servant leadership as passionately lived out by Jesus Christ.

How often do we say “how ‘ya doing?” to others with good intention, but while hurried or focused on something else as we pass by them? However, if we do stop briefly, and concerns are voiced, do we later seek them out to connect in meaningful dialogue? As much as it’s possible, as leaders we should not be distracted, disinterested, or disengaged whenever we encounter command personnel, family members, or others.

Our leadership style should mirror the kind of engaged, caring, and authentic servant leadership as passionately lived out by Jesus Christ. During His time on earth, sometimes people came to Jesus and engaged Him. Other times, He initiated conversation with them. But the epitome of our Lord’s care, concern, and compassion could always be encapsulated as, “How ‘ya doing? How can I help you?”

Men and women will follow a leader who cares about them. Military personnel salute and obey a senior rank. But it’s a servant leader they admire and will follow anywhere. Recall the Roman centurion, a military leader of 100 soldiers, who sought Jesus’ help for his paralyzed servant suffering at home. Or the leper who broke through the crowd to kneel before Jesus for His cleansing touch (Matthew 8:1-5).

The two blind men along the roadside repeatedly cried out to Jesus for mercy despite the crowd’s rebuke. “What do you want me to do for you?” Jesus asked when He stopped. “We want to see,” they responded. Jesus in His compassion reached out to them by restoring their eyesight. And they followed Him (Matthew 20:34).

In interpersonal encounters, do we too often commence talking and telling what we think before we really listen to the other person? It has been said that effective evangelism is more about listening than talking. Jesus frequently asked questions. He listened, engaged, drew out, and dialogued with people. The key to His deep care of others was the way He stopped, looked, and listened to them.

Likewise, we should first listen to learn of their personal needs, understand their life questions, or even appreciate their faith questions, doubts, or objections.

In interpersonal encounters, do we too often commence talking and telling what we think before we really listen to the other person?

As servant leaders we should ask God to lead us to seek out those we can ask, “How are you doing?” in the way He wants us to engage them. Though “management by walking/wandering around” was a catchy phrase in the business world decades ago, President Abraham Lincoln did just that when visiting with Civil War Union Army troops in the field. As military leaders of any rank, are we doing this in our command? Listening much, talking little, and taking time to learn are foundational to both friendship and servant leadership.

One touching story about servant leadership comes to mind concerning General Charles Krulak, USMC. When commandant of the U.S. Marine Corps, General Krulak would personally deliver dozens of chocolate cookies his wife had baked to Marines standing watch on Christmas Eve at USMC commands in the Washington, D.C., area. When he brought the cookies into each command post, General Krulak would instruct the young Marine on duty, “Save some for the duty officer.”

When General Krulak reached the Marine Corps Development Command in Quantico, Virginia, he saw no duty officer present. Informed the duty officer was Brigadier General James Mattis, Krulak replied, “I know he is your commanding general, but who is your duty officer tonight?” The staff sergeant affirmed it was BGen Mattis just as the one-star general returned after making the rounds throughout his command for his duty officer that night. “I figured a young officer with a wife and children should be home for Christmas. So I’m standing his duty, sir,” said BGen Mattis, who later became a four-star general and is now our nation’s Secretary of Defense.

That young sailor words years ago both surprised and deeply pierced me in my heart and spirit!

Who will you meet today in an unexpected encounter, whether in a combat area, passageway, flight line, or on drills and maneuvers? And what will you say—and hear? In your command, how will you show Christ in your servant leadership?

“Chaplain Bill” ministered to military members and their families of all branches during his 26-year Navy career. He and his wife, Eathel, were involved in an OCF Bible study in Naples, Italy, when Bill was a Navy line officer. Involved in OCF since then, Bill is the author of OCF’s “How to Support Your Chaplain” booklet and has had several articles appear in COMMAND. A retired pastor, Bill and Eathel now live in Atlantic Beach, Florida.

View all articles by Bill Weimer