53. Carlos and Sara Estevez: Purpose and perspective in the face of tragedy

Have you ever been invited to do something only to wonder…why did I agree to that? My guest today went through something like that, and ultimately, it might have saved her life and the lives of her children. 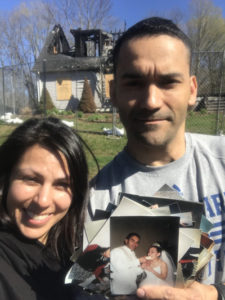 Today, I’m going to share with you the story of CDR Carlos and Sara Estevez, USCG. Carlos is a medical officer assigned to the US Coast Guard Academy. He and Sara arrived at the academy in 2016, and almost immediately got plugged into OCF through Carl Crabtree, the OCF field staff rep based in New London, CT.

As for Sara, she homeschools their three kids, and like Carlos, helps teach Bible studies to the cadets. For Sara, being a mentor is an important part of their ministry. Sara was approached by then-cadet Deb King, whom she had been mentoring, who asked her to sign up for a Spartan Race. Deb is an Ensign now, serving as the support officer aboard the Coast Guard Cutter Active.

Little did Sara know that the role she began as a mentor to Deb in 2016 would come to have a profound impact on her life and the lives of her children a few years later.

On the afternoon of April 12, 2019, Sara and the kids packed up, arranged for the neighbors to watch their two dogs Nellie and Moose, and headed for New York City, where Carlos would join them as Sara planned to compete in the Spartan Race the next day.

However, in the early morning hours of April 13 while the Estevez family was away, their house was destroyed in a blaze that also claimed the lives of their beloved dogs. 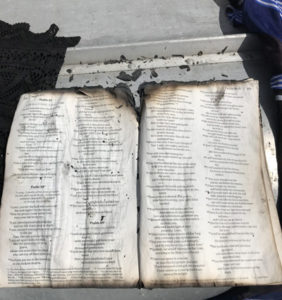 In this episode, the Estevezes share the details of their story in the weeks leading up to the devastating fire, how they responded when they received word of the fire, and some of the things they’ve learned about their faith in the aftermath of the fire. You’ll also hear about how God miraculously spared some love letters and other personal items from the fire, and how Deb King rallied the USCG Cadets to help out the Estevez family.

And in the middle of everything, Sara was wrapping up a Bible study she had written on the life of Jeremiah—it’s a 10-week inductive study—and as Sara pointed out to me, Jeremiah also knows a thing or two about loss since his entire book was burned by King Jehoiakim.

If you want more information about the Bible study, it’s called “Born to Lead: From Complacency to Calling.” And be sure to check out Sara’s website for more resources.

OCF Crosspoint is a podcast produced by Officers' Christian Fellowship and is dedicated to sharing stories of military life at the intersection of faith, family, and profession.

We’re looking for guests to join us on OCF Crosspoint. Everyone has a story to tell. Whether you’re a new believer or a seasoned saint, your story can impact and encourage others. Click Here to Learn More