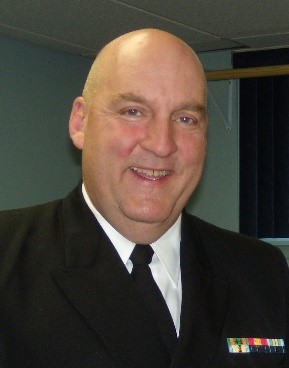 Chris Blake is a retired Captain in the United States Navy and serves as OCF Chief of Staff. In his role, Chris is responsible for the daily management, supervision, and oversight of all organizational wide activities.

Does your stalwart service satisfy you as nourishment?

Today’s Scripture reading comes from John 4:34, quoting from the NASB:

“Jesus said to them, ‘My food is to do the will of Him who sent Me and to accomplish His work.’ ”

What happens when the Christian leader stays true to the task and maintains focus despite signs of indifference and rejection? He finds satisfaction in a job well done and his efforts benefit those he is called to serve. From a close reading of John 4:7-42, one might conclude that the courageous leader who stays to the task ultimately helps others become better people.

The Samaritan woman received salvation, a regenerated life. Through her newfound faith, she pointed many others to Jesus. When they heard for themselves, they believed that Christ was “indeed the Savior of the world.”

The leader bridges cultural divides and finds satisfaction when he/she does not quit at signs of rejection. The woman at the well was a Samaritan and Jesus, Jewish. Historically, the two ethnic groups did not interact. Not only could Jesus have rejected the woman, she could have also rejected Him and refused what He had to.

Jesus was so committed to His service that, metaphorically, it served as His physical nourishment. What about you? Does your stalwart service satisfy you as nourishment? Remember the words of Paul. “Whatever you do, do your work heartily as for the Lord rather than for men.” Let your selfless service be your satisfaction and nourishment.

Elisha’s request prompts me to ask myself: How f