Crushing the Idols of Identity

Christian athlete and Marine aviator are two things 1LT Aaron Zimmerman wanted to be known for, but a Multiple Sclerosis diagnosis would forever change the way he sees himself.

If my family had its own crest, it would include a lacrosse stick. My father, who played at Cornell and coached my brothers and me in youth hockey and lacrosse, put a piece of plywood on our barn for us to throw a ball against.

Every spring when the snow began melting, the three of us would leave our basement knee hockey arena to see who could rip a hole in the lacrosse net first.

From age five, my dream was to play Division I lacrosse, so when I was recruited to play at the U.S. Naval Academy, I thought that dream had come true.
But during my four years there, I battled hard for playing time and saw little. I worked hard to move up the roster, but always fell short, which was frustrating.

Was it those one or two bad plays, my size, my playing style—or that I simply did not have what it took?

Dad had always encouraged us to “remember who you are and where you come from” by staying focused on our true identity in God and not getting distracted by the ups and downs of sports or life. He modeled that standard of character, always reminding us of the value he saw in us as his sons. 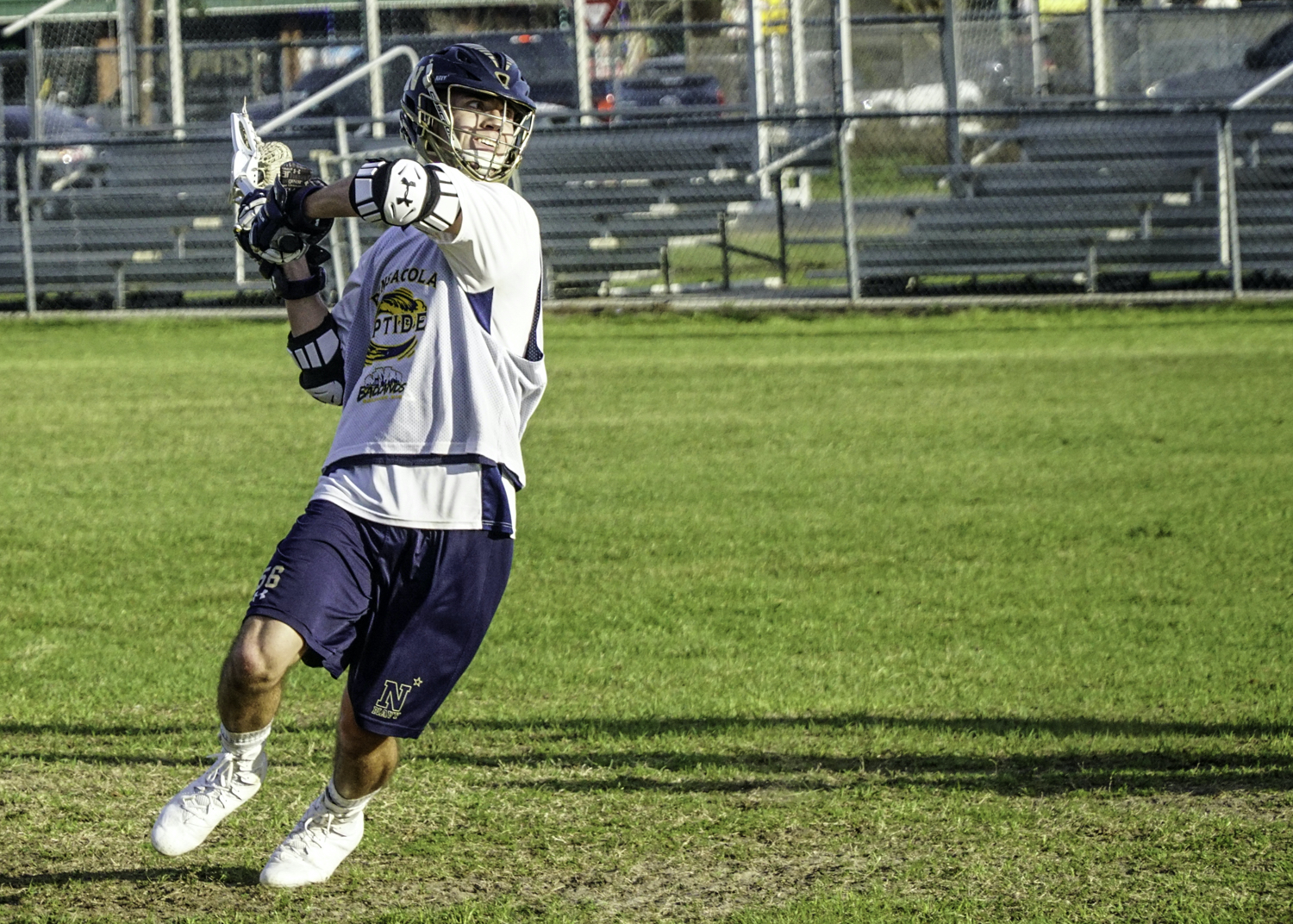 Playing lacrosse at Navy, however, became an obsession that both consumed me and sapped my joy of playing it as I slid into it becoming my identity. Comparing myself to others, I saw myself either as the scorned hero who could save the game if only given the chance or dejectedly as the team charity case.

Only when I chose to draw closer to God and willingly surrendered the idol of my definition of success did my joy in playing lacrosse return. Through prayer and Bible study, I remembered who I was and where I came from: a sinner saved by grace, the Holy Spirit dwelling within me, with a heavenly Father who loves me and has a plan for my life. Relationships with other Christian athletes (including my brothers, who were Division I lacrosse players, and my varsity athlete roommates) inspired me as a Christian athlete and helped me focus on my true identity. God led me to view lacrosse—and life—from a more God-centered perspective.

Now I’m tempted to define myself and my worth through my success as a husband or as a Marine Corps officer. During the grind of Naval flight training in Pensacola and studying hard for each day’s flight, I fought worry and doubt, and once again began placing my identity in success or failure rather than in Christ.

Remembering my lessons from lacrosse, I was quicker to reorient my identity and to seek community, this time in Officers’ Christian Fellowship. Col Chet Arnold, a retired Marine jet pilot, continually reminded us of our identity in Christ and how personal and professional excellence is built on that foundation. Prayer re-centered me in Christ. My inflight prayers after a bad landing or maneuver in the aircraft mirrored those after a bad shot or dropped pass in lacrosse.

I’m still learning the deep truths of James 1:2-4, “Consider it pure joy… when you face trials of many kinds, because you know the testing of your faith produces perseverance… that you may be mature and complete.” My dream of becoming a Marine aviator came to an abrupt end when I was diagnosed with Multiple Sclerosis. I had been in a car accident a few months earlier and was given a precautionary CT scan on which a radiologist saw possible signs of MS.

Though the doctors thought it unlikely at my age and condition, they did an MRI to be safe. The day after my first flight in helicopter advanced training, a neurologist diagnosed me with MS from that MRI and told me my Marine Corps flying career was over. He explained that MS could cause episodes of numbness in the extremities and temporary or permanent blindness—all with no warning—which is unacceptable for a military aviator.

My wife and I were surprisingly at peace when the neurologist delivered the diagnosis. We realized that the car accident and CT scan had allowed this important early diagnosis and treatment, which, fortunately, decreases the likelihood of episodes and lowers the impact if they do occur.

However, my peace began to chip away and a sense of injustice emerged as I attended a close friend’s winging ceremony. Disappointment and jealousy surfaced as the guest speaker commended the wingers’ great accomplishments, and I was once again on the sideline.

Even though I know who I am in Christ, waves of disappointment and loss hit me when I turned in my flight suits, boots, and unworn leather bomber jacket. A sense of longing wells up in me when I hear military aircraft fly overhead. It is then I choose to remember my incredible inheritance and identity as a son of God (Psalm 27:13-14; Revelation 21:7).

There was a time when I believed and expected that if I placed God above lacrosse or Marine aviation on my list of priorities, I would get my dreams. Then I thought about going back to the sideline after a senior year scrimmage, when the Holy Spirit brought Job’s words to my mind: “The Lord gave, and the Lord has taken away; blessed be the name of the Lord” (Job 1:21). I don’t pretend to have suffered as Job, but the shift in my outlook was similar to his.

As I think and pray about my current situation, I know that God works for good in life’s struggles as we seek and trust Him (Romans 8:28). My experiences in lacrosse and flight school have brought me closer to God. These life experiences have shown me my immense need for God—and for Him to define my identity—for the things we desire are not the reward. Intimacy with God is the reward.

We can know pure joy in our struggles when we allow God to do His work in us. He gives and takes away as He works in and through us and this broken world that we may know and trust Him.

I know He is trustworthy regardless of circumstances.

Aaron, a 2016 Naval Academy graduate, is now a Senior Project Manager at Lockheed Martin. After departing flight training, he was redesignated and spent a year stationed at Cherry Point, NC, before being medically retired for MS. Aaron is currently experiencing no MS symptoms and is praying for God’s continued provision over his health.

From today's #OCFPowerinPrayer reminder: "None is

From today's #OCFPowerinPrayer reminder: "None is