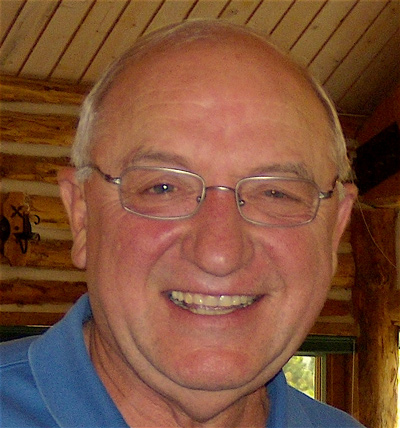 Tom Schmidt was raised in a family of nine on a dairy farm in Kansas. He attended the United States Military Academy at West Point, NY, graduating in 1970 with a commission in the Infantry. He served for 25 years in command, staff, and instructor assignments, ranging from platoon to Department of the Army level. Tom and his wife, Jean, also served on OCF staff as Field Representative at Ft. Leavenworth and Director of Field Operations.

Today’s Scripture reading comes from Exodus 17:16, quoting from the NASB:

“And he said, ‘The LORD has sworn; the LORD will have war against Amalek from generation to generation.’”

No one desires a persistent enemy. Anyone would be happy for the removal of an irritating thorn in the flesh or for the total eradication of a systemic office problem. The Amalekites may have been a persistent irritation to the Israelites, but who were they to God? They were not a formidable foe for the Lord. For Israel to be in recurring conflict with the Amalekites was certainly better for them than striving against them without the Lord. God’s Word to Moses was that He would utterly destroy the Amalekites.

Literally and figuratively, God would be in the battle with Israel against their enemy. While Israel would have preferred a less belligerent journey toward the promised land, they would be comforted in God’s faithful presence.

Do you find yourself in a persistently problematic circumstance? The leader’s challenge usually does not end with conquest over one issue before another arrives. In fact, multiple, simultaneous issues often test a leader’s prowess. Our response amid such circumstances should mark us as faithful followers of Christ. Moses availed himself of the help of Aaron and Hur in battling the Amalekites. Jesus accepted the help of Simon from Cyrene in carrying His cross when He was physically overwhelmed.

To whom do you turn for help and encouragement when facing a persistent issue?

The Amalekites were not Israel’s only enemy, and with the destruction of the Amalekites, God did not cease to be Israel’s “banner.” The point is this: God does not abandon us in the face of weighty circumstances and pressures. Consider God’s prevailing truth and rely on His presence during your times of need for deliverance from nagging circumstances.