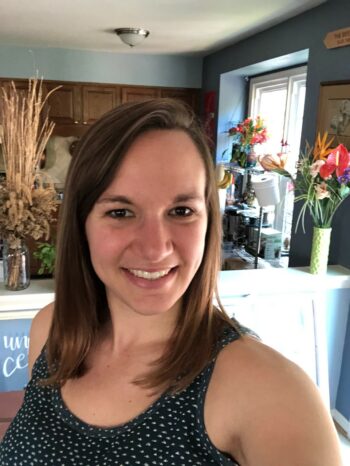 What is your source of strength?

Today’s Scripture reading comes from Exodus 3:11-12, quoting from the NIV:

“But Moses said to God, ‘Who am I that I should go to Pharaoh and bring the Israelites out of Egypt?’ And God said, ‘I will be with you.’ ”

Recall a time you were faced with a difficult task—personally, professionally, or relationally. Did you doubt that you could pull off the seemingly impossible, made dubious not due to elements of the assignment but because of the overwhelming courage or faith it would require?

Many men and women of faith have encountered such mountainous, faith-defining missions. As Moses was given his tasking, he was fully aware that neither escaping Egypt nor acquiring the land that flowed with “milk and honey” would be easy. New to his relationship with God (whose name he did not yet know), Moses is being asked to return to the place and person he had fled in fear of his life. Further, he would have to deliver a face-to-face message that would not be received well. Whatever his many apprehensions, the insufficiency of his speech, and the deafening pounding of his heart, God calmed Moses with these words: “I will be with you.”

Wow! God’s words were designed to give Moses confidence for the road ahead. What would Moses do with the assurance of God’s presence? What have you done with His assurance? I have done better at sometimes than at others. When it comes to integrating the Christian faith with profession, the point of reliance for mission accomplishment is on the One who says, “I will be with you.” We know the end of Moses’ story and the daunting tasks he faced all along the road to success, but God’s promise stood firm. He never left Moses.

Another young man, Gideon, was called to “Go in the strength you have and save Israel out of Midian’s hand.” Like Moses he had a list of protests or reasons why he was surely not the one God was now choosing. To this the Lord’s response was “I will be with you.” Through the Angel of the Lord, the God of Israel had already expressed faith in him and promised his presence: “The Lord is with you, mighty warrior.” After a series of displays—an offering consumed on a rock and two fleece tests—Gideon steps out in faith and obeys God’s call. God was sending Gideon, and Gideon was going forward.

What about you? Do you sense God calling you out, asking you to do something that is outside your comfort zone? What is your source of strength? Moses asked if another could take his place, but God sent his brother Aaron to help him. God recognized Gideon’s fear and told him he could take his servant Purah with him to discover strength for his daunting task. In your intimidating assignment look for encouragement through a prayer partner, a mentoring relationship, or participation in a workplace Bible study.

Over the next week, here are 3 points to ponder during your personal time of reflection or with a small group or mentor. Think of these as faith builders to help us know God is with us in every task:

It’s time for a quick monthly evaluation. Click here to download the monthly reflection sheet. Use the reflection sheet to help gauge your habit of integrating faith and profession, and to help get you into the habit of keeping a written record of those times when the Holy Spirit speaks to you.