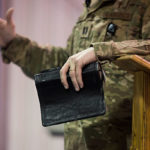 We reached out to two OCF small group leaders, LTC Tom Matelski, USA, and Lt Col Jim Wamhoff, USAF, and asked them to share their insights on starting and effectively leading a small group.

Four keys to a godly marriage.

by Colonel Larry and Bobbie Simpson, USAF (Ret.) “Then Jesus said to him, ‘Put your sword back into its place; for all those who take up the sword shall perish by the sword’ ” (Matthew 26:52). Jesus wielded His influence, not his power, to accomplish the prophecies concerning Him. Man’s natural inclination is to think: He who carries the biggest stick wins. Instead of condoning Peter’s protective gesture, Jesus healed the servant’s injury and told Peter to put away his weapon (John 18:10-11). Jesus could have responded to the arresting entourage with a show of His mighty power or through a…

The Four Chaplains, also referred to as the "Immortal Chaplains" or the "Dorchester Chaplains," were four United States Army chaplains who gave their lives to save other civilian and military personnel as the troop ship USAT Dorchester sank on February 3, 1943, during World War II. They helped other soldiers board lifeboats and gave up their own life jackets when the supply ran out.

The leader's satisfaction comes in doing what he is called to do.

What can happen when men and women commit to be and make disciples for Christ. 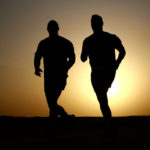 Christ expects us to be salt and light in the military commands to which He has assigned us. 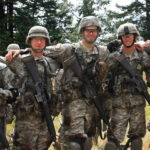 Before Army ROTC cadets can be commissioned as second lieutenants, they must successfully complete what is now known as the Leader Development and Assessment Course (LDAC), a training event developing their leadership skills while evaluating their officer potential. Once held at Joint Base Lewis-McChord in Washington, LDAC —Warrior Forge—now takes place at Fort Knox, Kentucky. 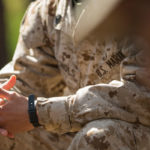 Why do you serve in our military? Why are you an officer, an Airmen, a Soldier, a Marine, a Sailor, or a Coastguardsman?

Nehemiah was a “transformational leader” who was able to inspire God’s people to accomplish more than they ever dreamed possible. But Nehemiah’s ultimate goal was not the rebuilding of Jerusalem’s walls; it was the renewing of God’s people. As we explore the book of Nehemiah this week, we’ll discover some of the crucial ways God builds up and renews His people, and how He uses godly leaders in the process.