[…]of Jon, former Under Secretary of State for Political Affairs, former U.S. Ambassador to Germany and Major General, U.S. Army Reserves in an email to Barry Willey: “Thanks for this opportunity to remember a friend and first-class human being…we got to know each other working on various Corps-wide activities and via mutual friends. One such friend was Guy Hester…who was also killed in Vietnam [authors’ note – seven days before Jon]. Jon and Guy were devout Christians, but Christians who were not judgmental about others. They influenced others by example, not sermonizing. I believe Jon’s and Guy’s widows were burying […] 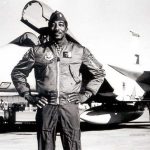 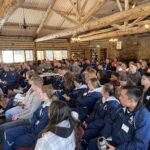 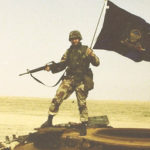 […]assignment: Air War College Ministry involvement: OCF member since 2001, home Bible study leader, Germany; small group leader and area coordinator, West Point; Emmanuel Baptist Church leadership board; Sunday school teacher, discipling cadets; cadet chapel, AWANA Personal testimony: I sporadically attended church growing up but never knew the Lord. That changed my senior year of college through the efforts of my grandparents and friends. I am still growing in my knowledge of the Lord and I thank Him for His abundant mercy and grace. What is the biggest challenge you see currently facing OCF right now? The current generation of […]
[…]redeemed person at a time. The Granville Sharpe family invited Kit Vaughn to an OCU conference in Germany, where Dr. Bob Smith’s salvation message there brought the high school sophomore to Christ. At Fort Lee, Virginia, LTC Dick and Brenda Kail invited Army lieutenant Joe Orosz, on his first-ever duty assignment, to a Bible study at their home. Newlyweds Jeff and Grace Silliman were invited to OCF’s Spring Canyon conference center by their Sheppard AFB, Texas, OCF leaders, and were spiritually impacted for a lifetime by much-beloved OCF Bible teacher C.N. Tokatloglou (Mr. Tok), “a living example of Christ’s loving […]

[…]
[…]Carolyn Martin is  a platoon leader with 212th Military Police in Kitzingen, Germany. She  spent nine months in Kosovo, and was a part of the OCF […]