Search Results for: out of the valley

Outwit, Outplay and Outlast? My wish for you this Christmas season is instead that you “Out Love and Out Give." 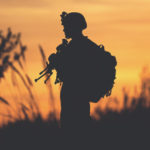 Major Will MacKenzie and Major Derek Brown, USA, discuss several topics during their conversation with LTC Colin Wooten, USA.—friendship, being a Christian in the military and killing an enemy combatant, serving in the military as Christians, and what it means to actively live out your faith and integrate your faith in all areas of life.

George Washington was a great commander because he acted upon his personal moral convictions. 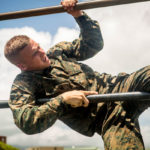 "Rotcy" opened the door to the most potent educational experience of my life. 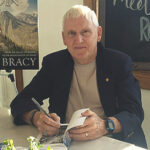 Some 2,500 years after the time of the prophet Habakkuk, Lt Col Ron Bracy, USAF (Ret.), found himself asking the same question as the Old Testament prophet: “How long, O Lord, will I call and you will not hear me?” 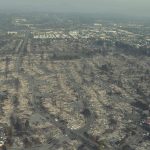 As a servant leader being the hands and heart of Christ to others in life’s tragedies, TSgt Padgett suggested that helping others is as simple as being aware of the ways you can do so. 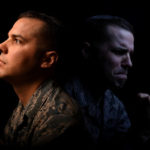 We leaders often cope with stress by trying to survive our wounding rather than allow God to heal and refresh us to fully live. God doesn’t want us to simply survive. God’s mission field, after all, is your heart and mine.

The Four Chaplains, also referred to as the "Immortal Chaplains" or the "Dorchester Chaplains," were four United States Army chaplains who gave their lives to save other civilian and military personnel as the troop ship USAT Dorchester sank on February 3, 1943, during World War II. They helped other soldiers board lifeboats and gave up their own life jackets when the supply ran out.

As a lay-indigenous ministry being conducted by lay military Christians inside the military society, OCF members and chaplains can be great coworkers in kingdom-building within our Armed Forces.