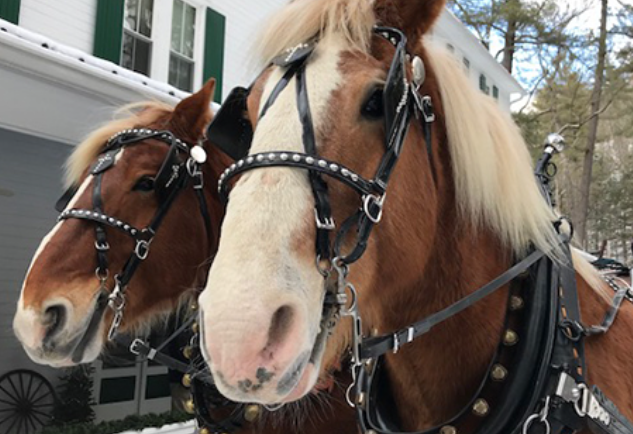 Commander Joe Chiaravallotti, USN (Ret.): “Living Boldly in the Face of Persecution: Application of Christ’s Message to the Seven Churches of Revelation”

The Christmas season is special anywhere, but we take great joy in hosting guests during Christmas and New Year’s at White Sulphur Springs. The stunning mountains covered with snow, the tables laden with warm food, the hotels decorated in the spirit of the holiday season, and the meaningful connections made between families and friends make Winter Retreats unlike any other season throughout the year. Many guests who live the ever-transient military lifestyle join us year after year, and we’re honored to be a place families have made part of their holiday tradition.

About the Topic: Over the last several years we have witnessed our religious liberties slowly erode. Equally as threatening are the societal pressures put on believers to conform to cultural norms that are in clear opposition to Scripture. These issues are not unique to the modern church. The late first-century church faced their own form of what we refer today as the “cancel culture,” which included economic and social exclusion, loss of employment, boycotts, complacency and moral compromise within the church, civil lawsuits, and criminal penalties. It was during this time that the letters to the seven churches of the book of Revelation provided Christ’s timeless promises, warnings, and commands to “persevere” through the attack from both secular and spiritual forces. In this series we will discuss the current societal and political opposition to Christianity in America and how we can apply the biblical truths from the book of Revelation so we can stand boldly for Christ in the face of religious oppression and looming persecution.

About the Speaker: Joe Chiaravallotti is a recent graduate of Liberty University’s School of Divinity with a Master’s degree in Theology, in Biblical Studies. He has a passion for interpreting Scripture by discovering the intended meaning based on its historical, cultural, and literary context; and how these biblical truths can be applied in our lives today. Joe currently serves as an OCF area coordinator in National Capitol Region, a local leader in the Walter Reed Military Hospital region, and is a member of the White Sulphur Springs Advisory Committee where he serves as chaplain. In the Navy, he served as a Surface Warfare Officer and was the Commanding Officer of USS Carney (DDG 64), an Arleigh Burke class guided missile destroyer. Joe and his wife Kristi have three grown children and three grandchildren.