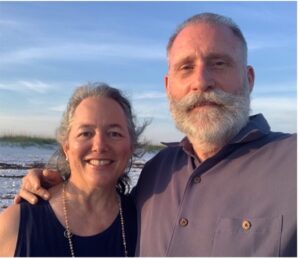 Pensacola, Fla., has been our homeport since July 2014. From here we travel throughout OCF’s Southeast Coastal Region to meet with, encourage, and equip OCF members who serve as Area Coordinators, Local Leaders, and Contacts. We encourage all those we meet along the way to join us in realizing OCF’s vision of a military society positively impacted by Christlike leaders. In Pensacola, we spend our time meeting with the young men and women who attend flight training for the Navy, Marines, and Coast Guard and those who attend Combat Systems Officer training for the Air Force. This includes Bible studies and one-to-one and couples mentoring. It is a privilege to come alongside these folks as they seek to serve the Lord at the intersection of faith, family, and profession. Together, we are building Christian military leaders, families, fellowships … for a lifetime. 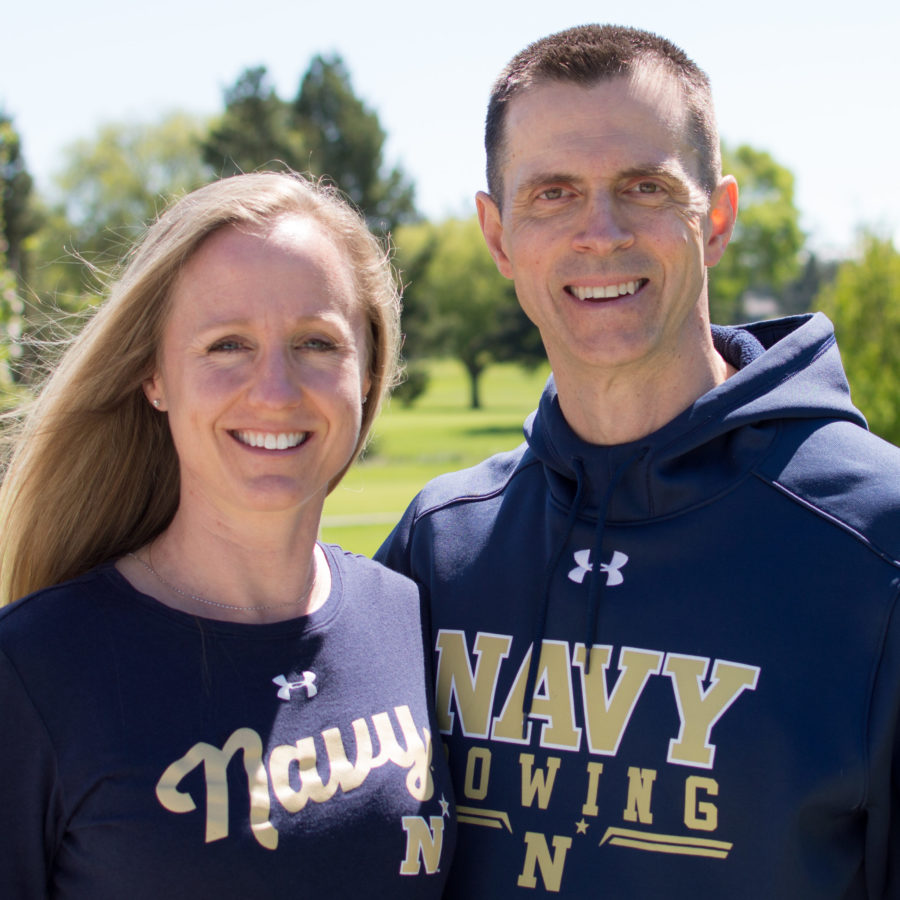 We are the Officers’ Christian Fellowship group at the U.S. Naval Academy. We have a heart to grow members of the military in their Christian faith and connect them to other believers in fellowship. The USNA branch of OCF is focused on fostering the spiritual growth of midshipmen in Annapolis. 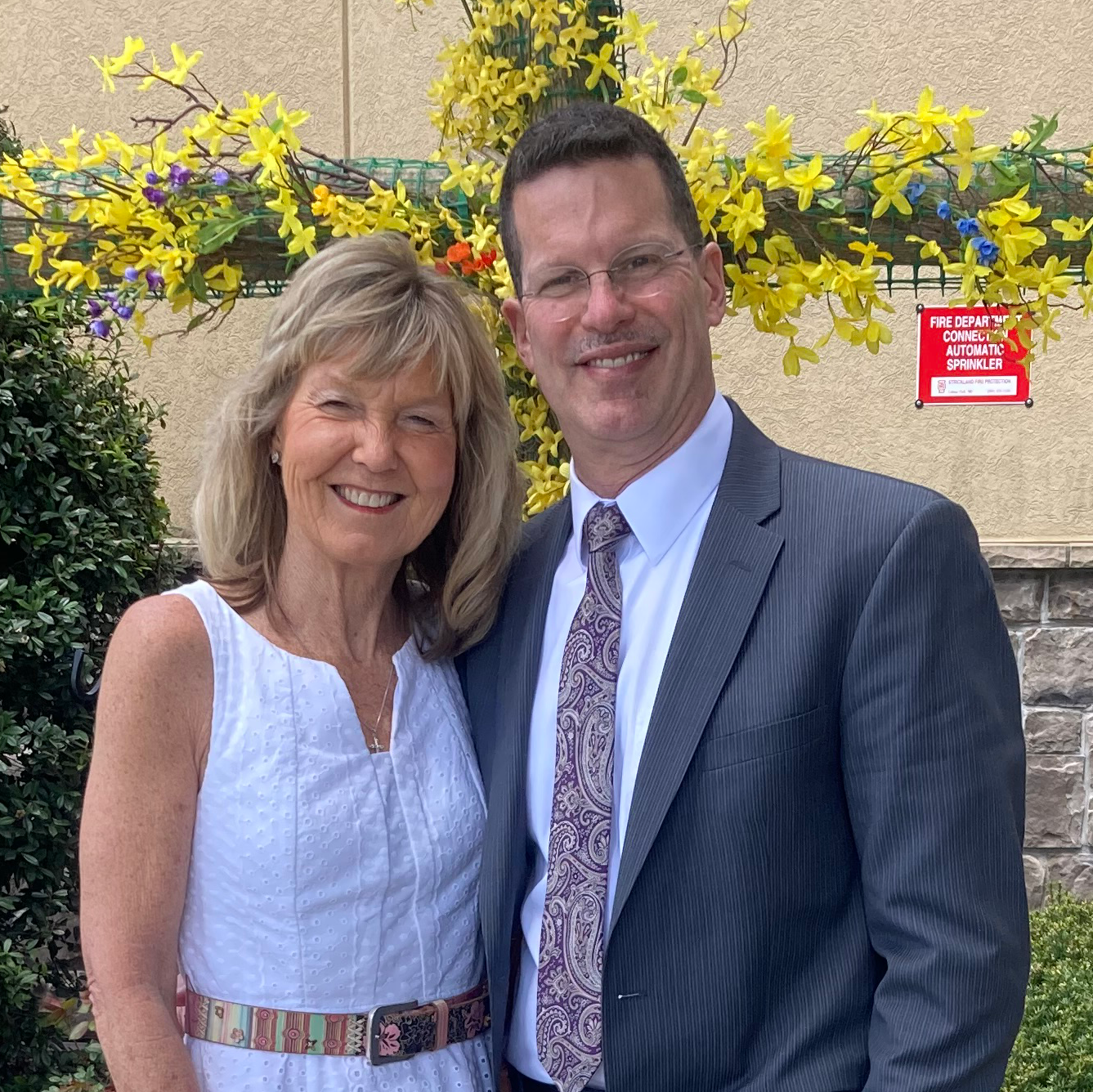 Joe and Kristi’s region of OCF ministry spans from Pennsylvania and New Jersey down to Virginia and a small part of coastal North Carolina, and everything in between. Their ministry role is to have a heart of a shepherd who develops, grows, and sustains relationships with OCF members, chaplains, and ministry co-laborers. Joe and Kristi met each other in 1986, while they were both Ensigns in the Navy. They were married in 1988 and have been OCF members since 1995. For the last few years, they have been serving as OCF Local Leaders for the Walter Reed NMMC military community, as well as Area Coordinators in the National Capital Region, and also on the White Sulphur Springs Advisory Committee. While in the Navy, Joe served a surface warfare officer and Kristi served as a Navy nurse. They currently reside in Silver Spring, MD. They have five adult children, including their two daughters-in-law which they consider their children, three grandchildren, and one grandchild on the way. 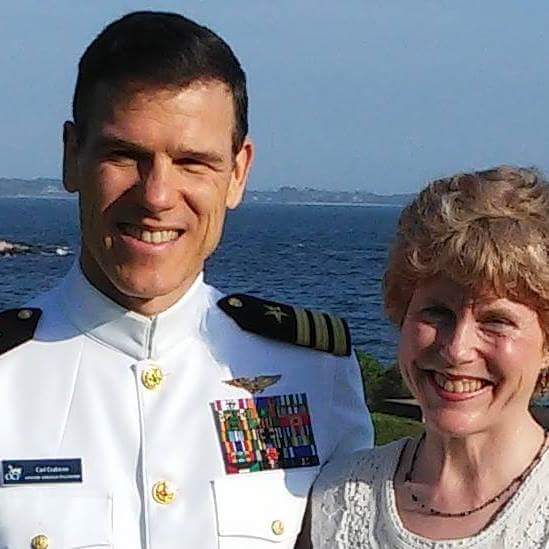 CDR Carl and Christy Crabtree, USN (Ret.) and family have been ministry leaders for 30 years while in the military and are pleased to shift colors to the U.S. Coast Guard Academy as they, and a volunteer ministry team, disciple and mentor cadets. They emphasize the Word, prayer, witnessing, fellowship, obeying the Holy Spirit, and Christ in the believer. 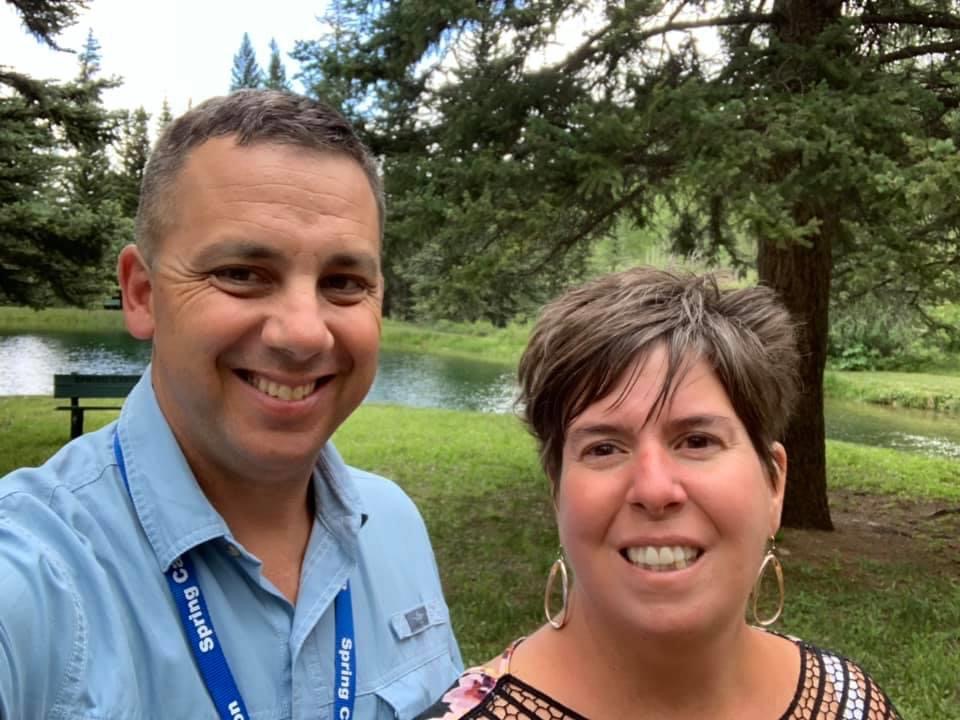 We first encountered Officers’ Christian Fellowship while Jim was a CGSC Student in 2012. Our time in Leavenworth was extremely impactful. We became deeply connected to the Post Chapel community (Christina was baptized here) and the OCF ministry. Discipleship Training Breakfast and the connections made leading our neighborhood bible study were transformational in our walks with Christ. We remained connected to OCF in follow on duty assignments. When looking for a final assignment, connection to this community was a major consideration. Since arriving back, the Lord provided a series of opportunities to grow and deepen our connection to Leavenworth OCF ministry. We were blessed to be selected for vocational ministry. 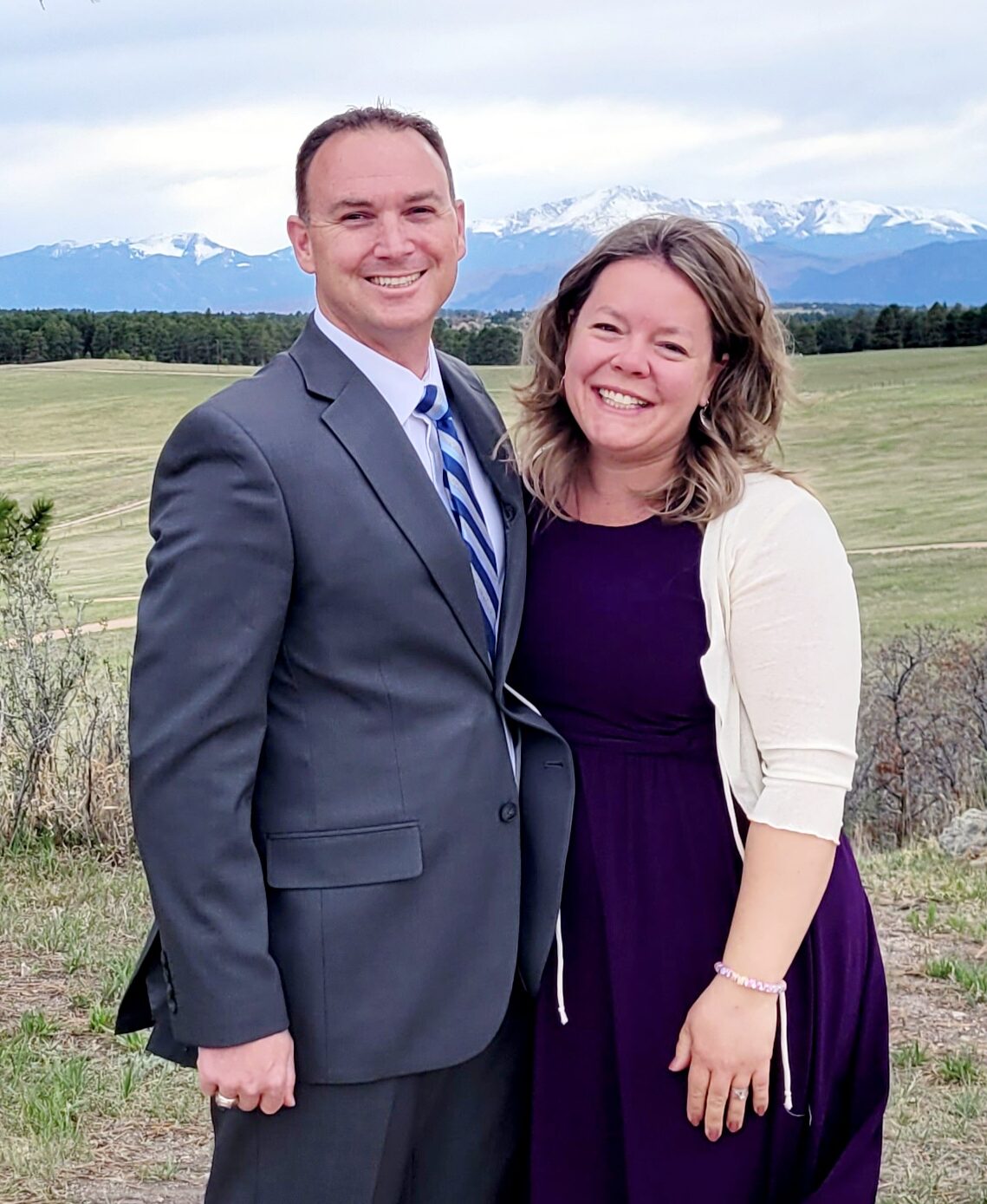 Paul (2002) and Janee (2001) met while cadets in an OCF bible study at USAFA. Paul served as a meteorologist for 20 years in the Air Force, including assignments as a Squadron Commander and Professor at the Air Force Academy. Janee served in personnel for five years before separating to care for their four children. They have led numerous small group OCF Bible studies in their home over the years and served as volunteers on the OCF USAFA Ministry Team for seven years. They now lead the talented group of Ministry Team volunteers who serve cadets through weekly Bible studies, one-on-one discipleship, retreats, and numerous fellowship events. They love to proclaim Christ through hospitality and encouraging all to answer the calling to be missionaries wherever God sends you. 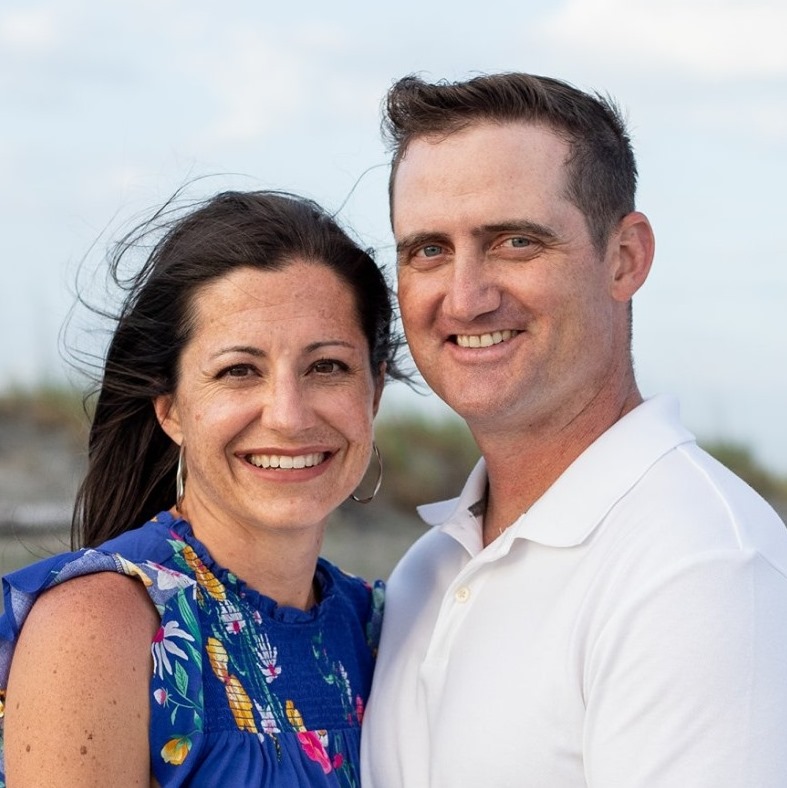 Steve (1999) and Angela (2001) are both graduates of the U.S. Military Academy who met while working in youth ministry as cadets. Steve retired from the Army as an Engineer officer while Angela served in combat as a Signal Corps officer before staying home with their five children. The Krehs began as field staff at USMA in 2020. Numerous devoted volunteers assist the USMA OCF ministry in its mission to equip and to encourage cadets as they grow in Christ preparing them to lead like Jesus. The ministry team accomplishes this through individual and small group meetings as well as weekend social and special events. Many of these events take place at the OCF Fellowship House located directly outside West Point’s Thayer gate.

Larry and Rita are the OCF Field Staff representatives for ROTC. They served the past nine years at the Navigators ROTC ministry, which they founded. The Sherbondys are 40-year veterans of vocational ministry to cadets and military leaders, including at the Citadel, USAFA, and the Army War College, more recently partnering with OCF members serving there at USAWC. While championing the ministry of OCF ROTC, he and Rita will also remain engaged in local ministry to students and faculty there at the War College. 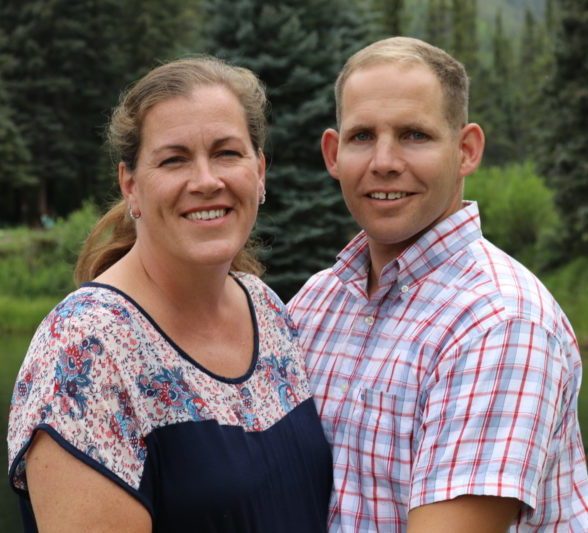 Tim and Kim were first introduced to OCF at the Naval Academy and have been participating in the ministry ever since, most recently by serving on the OCF Council, as a Mentor for RMH, and leading a local OCF study in their home. Their desire is to teach, train, equip, encourage, and charge the officers, families, and leaders that come through Air University. They also desire to connect them to the larger OCF body and fellowship of believers. Tim and Kim closed out their Marine Corps career while instructing at ACSC and have developed a deep love for the airmen in blue. Tim and Kim do life with 14 children, often referred to as the “Tormey gang,” and each one will most gladly spend and be spent for the sake of the gospel.