[…]
[…]We all descended from Adam and Eve so no matter what race we are, we all come from the same blood (Acts 17:26). God wants to save all mankind, not just one race or two. Jesus showed in many ways that race did not impact His thinking. For instance, He did not hesitate to show love to a Samaritan woman with whom he as a Jew should not have associated. The Son of God is many things to me, but racist is certainly not one of them. I see only green, my Savior sees only hearts. 1LT (P) Kevin Polosky, […]
[…]
[…]thwarted, do you entertain the idea that God can also work through this opposition? (Romans 8:28, Acts 8:1)   More leadership articles on the website Courageous Command: Beyond Battlefield Boldness Lessons in Leadership…from a Squadron Janitor Leadership […]
by Ben Ferguson Acts of uncommon valor in the arena of battle, those of valiant warriors risking their own safety and survival to come to the aid of their “battle buddies,” are at the very heart of Jesus’ proclamation that, “There is no greater love than to lay down one’s life for one’s friends” (John 15:13). Four WWII chaplains, who had studied and served together, put into practice one February morning in 1943 what they preached. They gave their lives so others might live. The USAT Dorchester was a converted troop ship taking 902 souls from New York to war […] 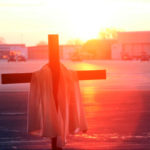 […]
[…]response come from the foundation of your spiritual life? Jesus said that everyone who hears and acts on His words is wise. That wise one will be the person all eyes turn to in the midst of tragedy and need. When I was a child, we played a game called Follow the Leader. As an adult, it is not a game. The world is watching, and those in our sphere of influence will follow our lead. The strength of our building materials will be revealed by how our life of faith is lived out when the rains fall and the […] 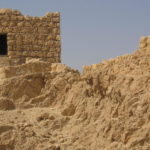