The term “servant leadership” evokes a varied range of impressions as to what that really means, looks like, and how it plays out in real life. At first glance, the seemingly incongruous servant leadership concept appears especially contrary in business settings or military circles where typically bosses lead, employees serve.

Adding to the misperception of servant leadership is how it’s primarily portrayed in many Christian circles: Jesus washing the feet of His disciples (John 13:1-17). Says LTC Bryan Groves, USA, “Since we don’t really understand servant leadership, we sometimes suggest that Christian officers should do the same—or imply that generals should clean bathrooms. I think that perspective skews what Jesus intended: anticipating and meeting a real need of His disciples, even when it’s an unpleasant task.”

Servant leadership, “is not being a servant nor simply being a leader, but a combination,” said Bryan. “Whatever you call it, all leadership should be about accomplishing the mission, while taking care of your people and making the unit/family/organization better along the way.”

LTJG Rachel Christensen, USCG, says, “A servant leader inspires people to follow them because they genuinely care about their people. Real leadership has nothing to do with a position you hold. It’s about your character. Do you inspire others to follow you, or do you demand them to?”

COMMAND magazine asked Bryan, who’s finishing up a degree as a SAMS Ph.D. Fellow at Duke University, and Rachel, of the Ninth Coast Guard District office, Cleveland, OH, for additional reflections on the topic of servant leadership: 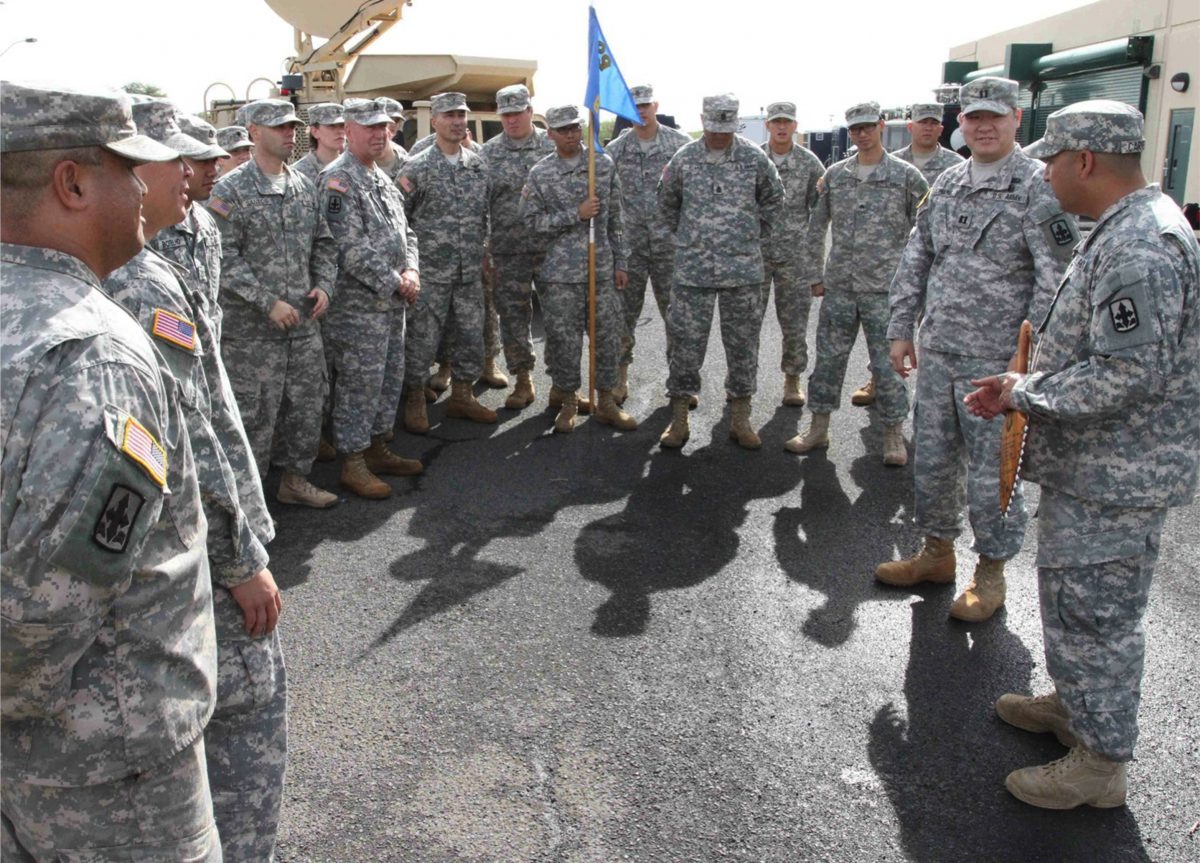 What is servant leadership?

Bryan: Servant leadership is characterized by prioritizing, anticipating and meeting others’ needs by using the resources granted by your position. A servant can use time and talents to meet others’ needs, but doesn’t have the same access to organizational resources to meet individual needs nor to affect change on a broader scale that leaders do. Military, family, business, and government leaders have resources. But they don’t always view their jobs as looking out for the needs of individuals and the organization that could be met with those resources. Instead, they can be distracted by meeting their own ambitions, which is antithetical to Jesus’ direction to His disciples in Matthew 20:24-28. As my brother-in-law, a Mexico City pastor, says, “It means humility, concern for people, investing in creating a winning team around you, and not worrying about being the MVP.”

Rachel: My definition of servant leadership—B.A.M. (be a man)—was developed while at USCGA. This sounds strange coming from a woman, but what I mean is that when we work to become the man or woman God created us to be, and emulate the life and characteristics of Jesus Christ, we will ultimately be a servant leader. Jesus was the greatest leader ever. In just three years of ministry he started a faith that some 2,000 years later has more than two billion followers. People follow servant leaders because they trust them and they are inspired by their vision and commitment to their people as well as the mission.

What are characteristics of a servant leader?

Bryan: In a godly sense, connection to God is primary. Vision and obedience are secondary because they follow from that connection. Through connection—or close relationship—God reveals how to join Him in what He’s already doing. When that revelation involves a vision of peoples’ needs and how to meet them, and leaders obey God’s prompting with resources they already have or He makes available, they are being servant leaders.

Your model of servant leadership?

Bryan: From my experiences—both as a leader and with those who led me—the model includes ensuring our troops get good food without interruption, despite having to lead a convoy through dangerous territory all night. Prioritizing missions to protect and help local people, despite enemy attacks. Sometimes it means fighting unpleasant bureaucratic challenges to use the unit’s money to best equip and train soldiers—even if on staff. At home, a servant leader means fighting for my family in prayer. Equipping my kids: to love God and people, and with the life skills for work and play.

Rachel: I make it a daily priority to interact with and get to know the people I supervise. In return they have given me their utmost respect and have willingly followed me into some not-so-pleasant tasks.

Share a time when someone modeled servant leader qualities to you.

Rachel: I was on the verge of losing my job for something I had no control over. Though everyone that knew of my situation thought it was unjust, there was no grace in the regulations to cover me. My XO and second CO did everything in their power to help me. They believed in me, equipped me to fight, and inspired me to trust and follow them. I never doubted that they wanted what was best for me. I have complete respect for them and would gladly serve under them again if the opportunity ever arose.