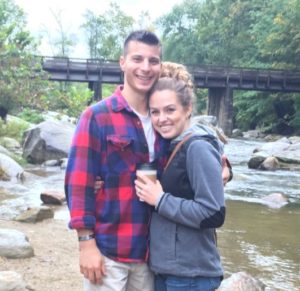 The story of Captain Nick Koza, USMC, has a few striking similarities with that of the apostle Paul when he was converted on the road to Damascus. However, that’s not to imply Captain Koza was going around persecuting and arresting Christians—because he wasn’t—but the fact that he wasn’t a believer, then was blinded and cared for by some guys he hardly knew, and through that process became a follower of Christ… well, the resemblance to parts of Paul’s story is pretty remarkable.

As you listen to the conversation with Captain Koza, pay close attention to not only the similarities with the story of Paul, but also to the themes of fellowship, friendship, and faith through his interactions with Matt Haskins and Kory Defore.

I’d like to hear from you—tell me what you think about Captain Koza’s story, or maybe you have a story of your own you’d like share. Send an email to [email protected].

What we talked about

“It blew me away. What are you guys drinking? What is the Kool-Aid? I need it. It was awesome to see the amount of respect and caring that somebody would have for someone else they’d never known.”

“Don’t be afraid to invite people out to church. Don’t be afraid to talk about your faith. You will definitely get pushback. They will give you a decent amount of crap for it initially but eventually they’ll grow to respect you.”

OCF Crosspoint is a podcast produced by Officers' Christian Fellowship and is dedicated to sharing stories of military life at the intersection of faith, family, and profession.

We’re looking for guests to join us on OCF Crosspoint. Everyone has a story to tell. Whether you’re a new believer or a seasoned saint, your story can impact and encourage others. Click Here to Learn More

Copy/paste the following link into your favorite podcast app: http://ocfcrosspoint.libsyn.com/rss
2019-10-07T11:35:10-06:00Categories: Episodes, Stages of Growing as a Christian|