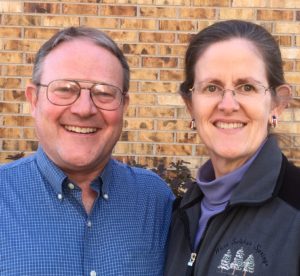 God wants the acknowledged, preeminent position in each of our lives.

Today’s Scripture reading comes from Ezekiel 24:18, quoting from the NASB:

How hard is it to be stripped of one’s most valued possession and be denied grieving rights? God’s relationship with his prophets often defied comprehension. Using them as object lessons in some instances, He asked them to consider obedience of greater importance than even their personal lives. Ezekiel’s commitment and obedience to God are highlighted in a most provocative way.

The prophet was to know in advance that his wife would die that day and was to refrain from mourning her. What a struggle it would be to perform one’s duties following a spouse’s demise without betraying the emotion of loss for the one who was “his great delight.” What did God want from Ezekiel? Could God’s response to the declaration of Samaria and Jerusalem’s adultery and idolatry not be portrayed in a less intrusive manner?

Much can be learned from Ezekiel’s response. He did not question or bargain with God. Why? Ezekiel was convinced of God’s preeminence in much the same way as Abraham who declared of God, “He can raise him from the dead,” when he lifted the knife to take Isaac’s life. To Ezekiel, God’s preeminence—his first place in judging, offering up for destruction, or extending mercy—did not diminish at the door of personal sacrifice. He was the Lord’s prophet, accustomed to knowing God’s mind and will for the people before the events took place. He had pledged faithful service and determined to get to the end of his service with his integrity in tact. After all, the message he delivered would be compromised by a lesser commitment.

The people prized the temple and its activity over the Lord Himself, and God was preparing to strip it away from them. Their lack of regard for His holiness flew in the face of His jealous claim on the whole heart of the people.

In what ways do we demonstrate this same carelessness? What gives you greater delight—loyalty to a program, an institution, a promotion, or obedience to God? God has not asked for the sacrifice of the family or called for slackness on the job as demonstration of commitment to Him. God took Ezekiel’s wife as sign of the reverence and obedience He required of His people. God wants the acknowledged, preeminent position in each of our lives.