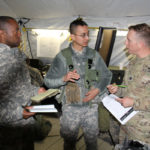 […]leaders by King Jehoshaphat included four facts: Leaders did not carry out duties for man, but for the Lord; the Lord was with them when they performed their duties; they were directed to conduct business in the fear of the Lord, faithfully and wholeheartedly; and they needed to be very careful what they did because the Lord would have no part in unrighteousness or partiality. The Lord demanded honor (integrity) from those who choose to serve as leaders. Superiors and subordinates must know that what is heard from the leader’s lips is true; what is done (seen and unseen) is […] 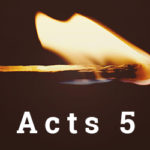 […]than normal. Less exercise time than normal. Less time for hobbies/diversions. These assumptions then became the contingencies, just as in a military operation, for which I sought God’s guidance on how best to prepare. I asked God how I could be a godly ambassador despite factors that make it difficult to follow Him. While what follows is not an exhaustive list and may not fit every situation, God revealed a number of things that I can do to better prepare for and execute a Spiritual Battle Plan while deployed. Maintaining a Personal, Daily Quiet Time involving: A manageable, yet daily […]

[…]of scripture memory, of staying in the Word, and especially being able to distill the essence of the gospel message. Stay on message of God’s great love for each of us, about Christ and His sacrifice for us. No Fear! Peter admonishes us to “revere Christ as Lord.” The Army’s Ranger Creed challenges its adherents to give “100 percent and then some.” In your professional and spiritual life, you must not waver; you must wholly commit, completely surrender, “go all in.” Do the right thing at all times—“Who is going to harm you if you are eager to do good?” […]
[…]
[…]command, and retired 1 August 2001. Stu, wife Kay and son Logan reside in Copperas Cove, Texas. Their other two children, Stuart IV and Erin, attend the University of Mary Hardin Baylor in Belton, […] 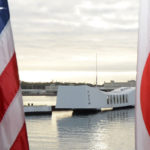 […]in to Attack” As we neared, I made a preliminary check of the harbor, nearby Hickam Field, and the other installations surrounding Honolulu. Viewing the entire American Pacific Fleet peacefully at anchor in the inlet below, I smiled as I ordered, “All squadrons, plunge in to attack!” The time was 7:49 a.m. Like a hurricane out of nowhere, my torpedo planes, dive-bombers, and fighters struck with indescribable fury. As smoke began to billow and the proud battleships started tilting, my heart was almost ablaze with joy. During the next three hours I directly commanded the fifty level bombers as they […]
[…]into combat with an overriding fear, a fear that will overshadow what we’ve tried to instill in them in the way of confidence to perform under fire. Everyone will be scared, but there is a difference between scared or frightened and fear. Fear will dominate judgment. Those who don’t have an appropriate relationship with their God and an inner strength to live and function a day at a time in combat will be dominated by this […] 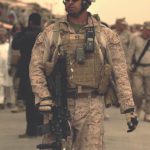 […]John goes on to describe more specifically those things he is referring to. “…the lust of the flesh, the lust of the eyes, and the boastful pride of life” (1 John 2:16 NASB). Avoid these areas; but don’t isolate yourself so that you are no earthly good. Those under your command need to see your light. Don’t get trapped in the office. We lead people, not things. Do what is right and leave the results to God. You may be confronted with decisions that will cause you to ponder the ramifications they may have on your career. Do what’s right […]